On 21-23 November, we hosted a series of public events at the National Leather Collection. ‘Leather at Lunchtime’ was funded by the Being Human Festival of the Humanities, and featured in their national programme.

The idea behind the event was to give people an opportunity to explore the history of leather. This versatile material is inextricable from Northampton’s history, economy and even urban design. For decades, Northampton has been the home of the National Leather Collection and, for the first time in years, this collection is now fully accessible to the public in a new museum in the Grosvenor shopping centre.

The opening of the museum coincided nicely with the Being Human festival, and this year’s theme of ‘Lost and Found’ seemed very appropriate, so the History department worked with the National Leather Collection on these public engagement events.

On each of the three days we had stalls by leather crafters and object handling sessions. The History students had a go at making leather crafts such as keyrings and bookmarks (and probably sorted out some of their Christmas presents early).

We were also lucky enough to have stalls by craftsmen who made historically-accurate leather goods such as shoes, tankards and buckets. These are used by re-enactors, and theatre and film productions. As historians, it was fascinating to learn about the processes involved in making these articles. 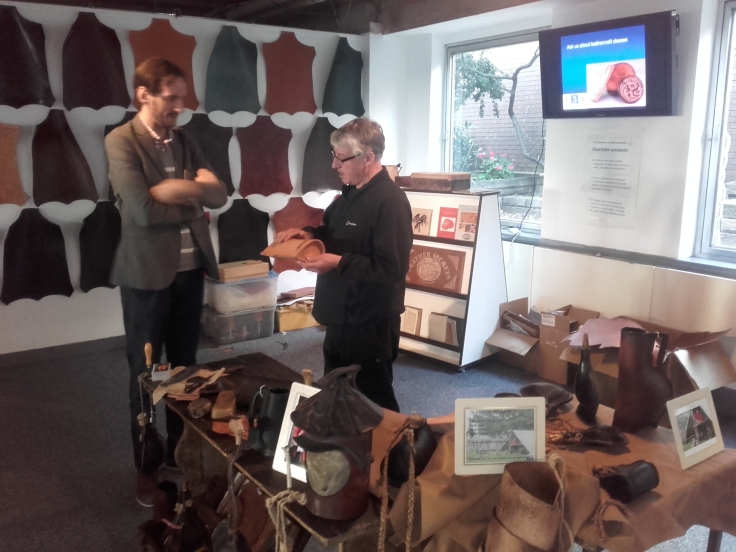 Each day we had a different guest lecture. I did the lecture on the first day, on the history of Georgian boots, illustrated with several examples of footwear from the collection. On the second day we welcomed Tom Rusbridge, who is doing a PhD on eighteenth-century leather goods at Birmingham University. He introduced us to leather drinking vessels, and we had an opportunity to drink John Smiths from a modern replica!

On the final day, the focus shifted from history to contemporary design. We welcomed Bill Amberg, the renowned leather designer, to talk about his career and the work of his studio. 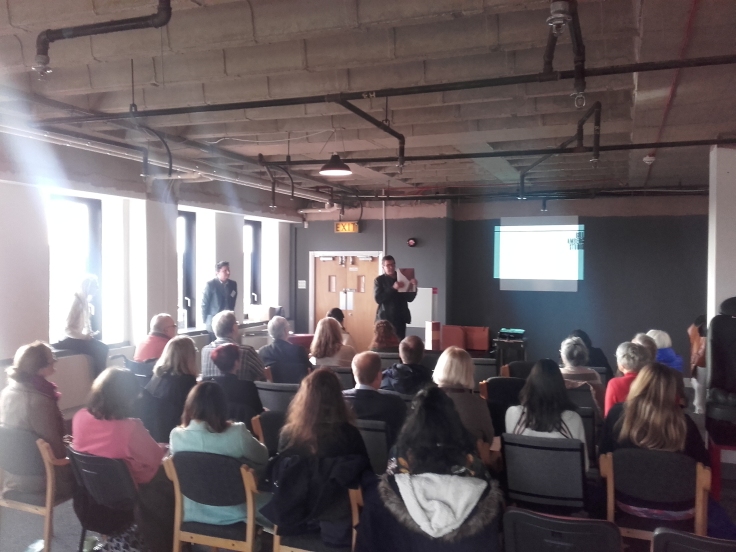 Around 120 people visited ‘Leather at Lunchtime’, so it was a lively opening to a museum that will be a fixture of Northampton town centre for years to come. As the university moves into the town centre it will be closely involved with the museum – its leather library will be hosted there, in what will become a major study centre on the material – so the History department hopes to work with them regularly in the future.