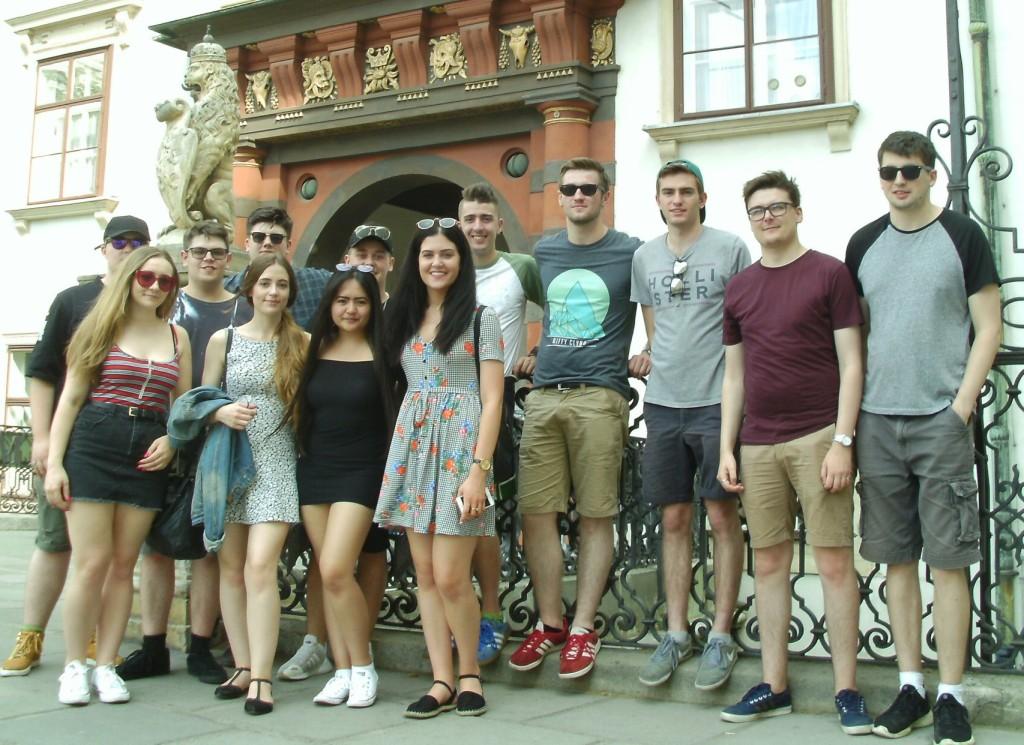 Following on from the success of last year’s trip, fifteen third-year students travelled to Vienna in the first week of June.  Organised by the History Society, the group were again guided by Jim Beach, one of the History lecturers, who took them around many locations connected to modules they had studied during their degree. 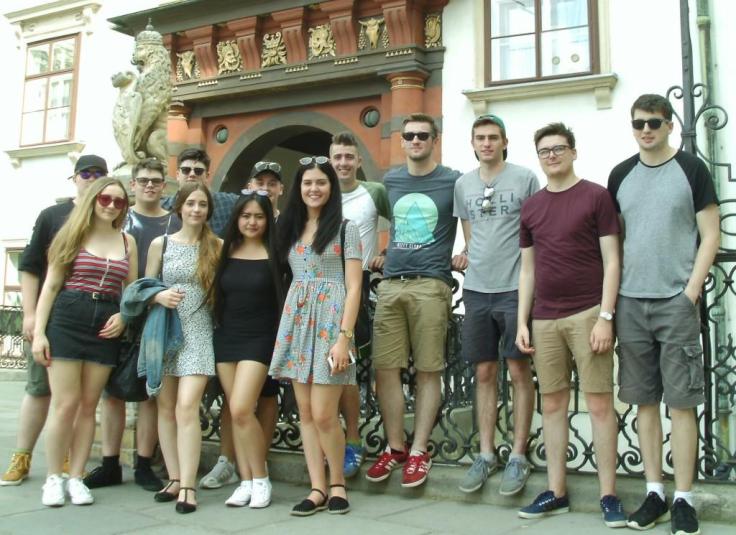 UoN History Society in front of the Schweizertor

As before, the tour ranged across the sixteenth to twentieth centuries, and the schnitzel calories consumed were more than burnt off by the walking.  Although the weather was warmer than last year, numerous water and Haribo breaks ensured a respectable rate of advance through the historical content.

Although he had undertaken meticulous planning, their tour guide had failed to check Europe’s diplomatic calendar.  The unexpected consequence being a cordon of heavily-armed police between the University of Northampton group and a historical monument.  The trouble was caused by Vladimir Putin who had dropped in to see the Austrian chancellor.  Although unable to catch a glimpse of him, this unexpected snippet of twenty-first century history was a welcome addition to those from earlier eras.

Once again the efficiency of Viennese public transport was a revelation to the Northampton students.  In one instance the excitement of travelling on the upper level of a double-decker train caused some of them to miss their stop for the Military History Museum.  Despite a slightly delayed arrival at their destination, coming face-to-face with Franz Ferdinand’s bullet-holed car and blood-stained tunic was still a powerful experience for them.

Finally, we are pleased to report that preparations are already in motion for the 2019 and 2020 iterations of this trip.