Anxiety is a very common problem, part of a wider range of mental health issues in any given society.

Here are some stats:

According to MIND one in four people in the UK suffer mental health problems each day MIND statistics.

Overall estimates suggest that one in six of us will report an anxiety problem in each previous week. Of course these are just reported cases, much more anxiety goes unreported: Anxiety UK.

These are sobering statistics, although they should be some comfort to those suffering anxiety. You are not alone.

But what is ‘anxiety’?

Simply(ish) put anxiety can be described, as it is by Alan Hunt, as ‘an elevated state…a psychic condition of heightened sensitivity to some perceived threat, risk, peril or danger’: Anxiety and Social Explanation.

Anxiety derives from the ‘fight or flight instinct’ that we’ve possessed since our earliest ancestors, closely connected to fear. 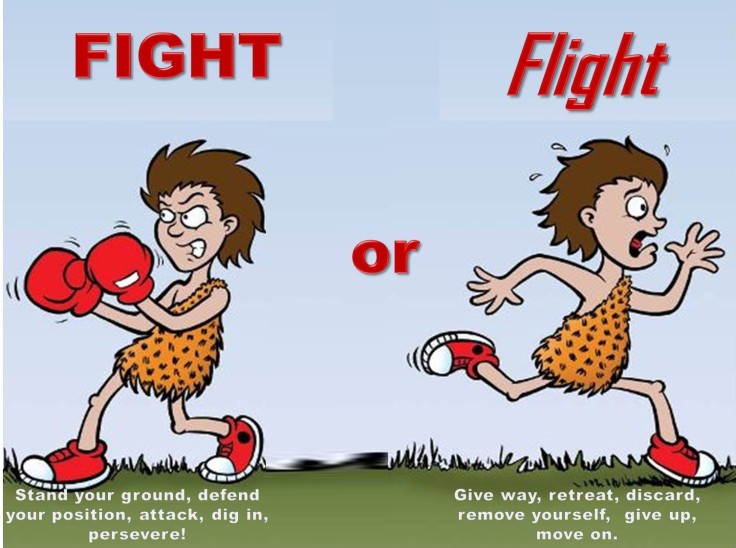 Jan Plamper notes the role of the amygdala in producing fear and anxiety, a section of the brain thought to be an anthropological constant in humans but also other sentient beings: The History of Emotions: An Introduction.

It sends messages to the brain stem/cerebral cortex, which then triggers the nervous system into action for either ‘fight’ or ‘flight.’

So anxiety is actually a normal, necessary part of human life, if kept in check. It has helped humans (and other animals) survive. 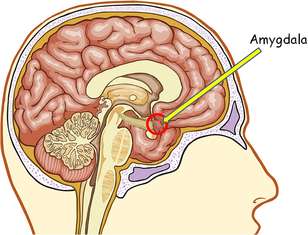 What is the difference between Anxiety and Fear?

It is a type of fear and is a feature of that ‘basic emotion.’ But anxiety is not the same as fear.

Anxieties focus on anticipated threats (to health, well being, life and status) whereas fear focuses on immediate and definite threats.

Anxiety is very hard to define on an experiential level, as most emotions are when we experience them (try to define anger or love…).

Anxiety is all the more problematic because it is quite a nebulous emotion and, as discussed, often doesn’t fix to a definite object or situation – we can often more readily say who we ‘love’ or ‘hate’ but not why we feel anxious.

There are different types of anxiety and different various levels of severity.

When we experience anxiety most of us experience general (or ‘normal’) anxiety (as opposed to generalized anxiety disorder).

Unpleasant though general anxiety may be, it should not be confused with acute, or ‘pathological’ anxieties.

So does anxiety have a History and can we study the history of emotions?

Anxiety certainly isn’t new, we have lots of evidence for it throughout history. Allan Horwitz notes that anxiety can be detected in the cave paintings of primitive man depicting the threat, as well as the fascination, with predators: Anxiety: A Short History

But are we feeling the same things as people in the past. Is the feeling we experience in today’s world as anxiety or fear the same feeling that, say, the monastic community at Lindisfarne felt in the months leading up to the Viking raid in 793 or when they first saw the Viking ships coming over the horizon?

The physiological process leading to a feeling of anxiety is likely to be the same. But the causes of it, the experience of it and interpretation of it are likely to be very different because it is culturally determined.

Lots of anthropological research illustrates that emotions vary across cultures.

In ‘traditional’ Chinese culture, for instance, love is considered to be a sad and melancholy emotion: very different from the heady and euphoric heights of western ideals of ‘love’.

Going back to Jan Plamper’s observations on the amygdala: yes this is a physiological process that has always been there, but the messages from this part of the brain, before they arrive in the nervous system, pass through our ‘grey matter’, built up through our individual life experiences during our lives as well as broader social and cultural values.

Our reactions to threat, then, change depending on who we are, when we are and the society we are a part of.

If emotions vary in this way according to culture then they must have changed through history because cultures vary in their values across history.

If we saw Viking ships approaching Lindisfarne we’d probably think ‘this is a re-enactment’ – ‘we have institutions and laws to protect us against these attacks’ – ‘it can’t be happening.’

This variation across time is now a prime target for historians in the growing field of the history of emotions.

There are methodological challenges involved in studying the history of emotions. Historians recognize that we are not experiencing or witnessing first hand the emotions people in the past felt. We are not studying ’emotions’ rather we are studying what Peter and Carol Stearns term ’emotionology’: emotions talk and the rhetoric of emotions: Emotionology

My particular focus is on the masculine anxieties of younger gentry sons in the eighteenth and nineteenth centuries. I use family correspondence and analyse ’emotion words’ such as ‘distress’, ‘unease’, ‘dismay’ and ‘wretched’ to trace the sources of their anxieties and what that tells us about masculinity: What kinds of things were young men concerned about in this period, what does this tell us about the meaning of manhood and how does this compare to contemporary anxieties surrounding masculinity?

My recent research has just been published, co-authored with Professor Henry French (University of Exeter) and can be read here, as an open access publication for free, in The Historical Journal : Male Anxieties

There’s lots of other fascinating work going on around the history of emotions. If you’re interested try these twitter feeds: @ThinkEmotions, @emotionshistory

If you are suffering from anxiety the first step is to speak to someone you trust, find a counselor (universities provide this service for students) or speak to your GP. This website provides more detailed information: MIND

One thought on “What is anxiety and does it have a history?”