Dr Rachel Moss has recently joined History at Northampton as a Lecturer. A specialist in late medieval history, she blogs and tweets regularly about academia and feminist issues.

In 2018, the police in England and Wales recorded a 40% increase in religiously-motivated hate crimes. Meanwhile, in the two weeks following the 15 March attack on mosques in Christchurch, New Zealand which left fifty people dead, hate crimes in the UK soared. Many of the perpetrators directly referenced the New Zealand attacks. There is clearly a mood of heightened anti-Muslim sentiment in the UK.

As a medieval historian, I have been struck by how much Islamophobic rhetoric draws on the language and imagery of the medieval Crusades.  The Crusades are popularly remembered as violent clashes between the Christian West and Islamic forces. In fact the Crusades also featured intra-Christian struggle (most notably in the bloody sacking of Constantinople and in the crushing of those perceived to be heretics) and the conquest of pagan states. These complicating elements, or the fact that crusaders were often brutal and destructive, are left out of modern right-wing narratives that depict righteous Christian warriors heroically defending their territory from violent Muslim forces.

Detail of a bas-de-page scene of an armoured knight fighting with a Saracen on horseback. British Library Royal 2 B VII  f. 150

So when I saw this story about anti-Muslim hate crime in Cumbernauld, Scotland, I immediately noticed the accompanying photo of the graffiti, which used the phrases SARACEN GO HOME and DEUS VULT. In 1095, according to the chronicler Robert of Rheims, Pope Urban II’s call for crusade were met with the cry “Deus vult” (God wills it). It may seem rather strange to see the rhetoric of the eleventh century replicated in spray paint in modern Britain. However, as the scholar Jonathan Lyons has noted, anti-Islamic discourses in the modern world, which “operate silently in the background as they shape our statements about Islam and the Muslims”, originate with the Crusades, categorising Muslims as “irretrievably outside the bounds of civilized society, reduced in status to little more than animals,” obliterating the many different cultures, languages and customs of the quarter of the world’s population into one violent, hateful, uncivilised stereotype: the Saracen (a term widely used in the Middle Ages to refer to Muslims and Arabs).

About 230 years after Pope Urban II’s call to crusade, someone composed the English language romance The King of Tars. In this story, the daughter of the Christian King of Tars offers to marry the Muslim Sultan of Damas in order to end war between their kingdoms. She falls pregnant, and the child she bears her new husband is born as a dark lump of flesh. Only after her husband allows her to christen the lump does it turn into a (white!) infant. Impressed by the power of the Christian God, the sultan also converts, and on his baptism his skin changes from black to white. In this romance, the product of a Christian-Muslim marriage is a child that is no child: it is a formless, lumpen thing that cannot really be classed as human. Only Christian people are human, the romance suggests – and Christian people are white. 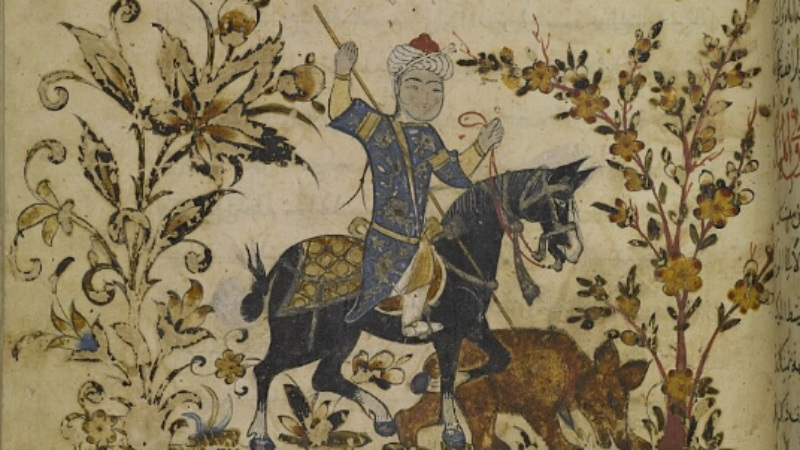 The appropriation of the Middle Ages by conservative and far right commentators is not new. The Nazis loved medieval imagery, and excited discussions about the Crusades and Vikings have featured heavily on fascist message boards for years. Yet the significance of the Crusades as a symbol of Christian-Muslim discord seems particularly pressing in a time when hate crimes against Muslims are at a record high. As Professor Matthew Gabriele has written:

When historians have studied the Crusades from an Islamic perspective, they have discovered a period characterised not only by warfare but also by alliances between Christians and Muslims involving not only military truces but also economic exchanges and opportunities for knowledge-sharing. The far right’s preoccupation with an imagined white Christian Middle Ages obscures a history of far more complicated and interesting relationships between diverse peoples.