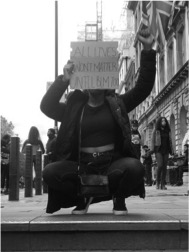 ‘All Lives won’t matter until Black Lives Matter too’

This is the now the sixth in a s series of blog posts written by undergraduate students at the University of Northampton. These are personal reflection on the killing of George Floyd in the USA and the wave of protests that have followed from that across the globe. This post is from Monique (we have two Moniques in the second year and they have both written eloquently about how this issue has affected them).

When I received the email from my lecturer to write about the #BlackLivesMatter movement, I thought that it would be a great opportunity to voice my opinion and experience on the topic. The world has come together in solidarity to support the #BlackLivesMatter movement in countries like Japan, Australia, America, the United Kingdom, France and many others fuelled by the horrific clip of African American, George Floyd’s passing from the hands of officers Derek Chauvin and J.Alexander Kueng, Thomas Lane and Tou Thao.

It would be easy for me to list the number of African Americans like Ahmaud Arbery, Sandra Bland, Eric Garner, Trayvon Martin and Breonna Taylor, who have died from race discrimination. However, I wanted to write this blog to educate and inform everyone on what the movement #BlackLivesMatter means.

‘Check your privilege, can you breathe? ‘Cause George Floyd couldn’t.’

This movement has become a powerful hashtag around the world on all social media platforms for this simple reason, humanity. To watch videos like that it desensitises the younger generation of all races to believe that this is normal and acceptable. The #BlackLivesMatter movement is not a movement that discredits, although initially hearing the term may sound like it, other races of the world but simply is there to inform that Black people all over the world has as much of a voice and as much as many human rights as everyone else.

I would like to paint a picture for you, not to gain sympathy but to educate you on what inequality and injustice feels like.

When I was sixteen, I was on a bus with a group of friends, they were loud and of course there is no excuse to be loud of public transport because you need to be mindful of the people around you. A member of the public turned around and urged us to keep the noise down and then went on a rant about how we, as an Afro-Caribbean society would be viewed, he used the terms ‘monkey, animals and niggas’.

From then, my eyes opened up to the possibilities of how I would be viewed completely changed. I wouldn’t be looked at as another teenager being unnecessarily loud and obnoxious, but another loud Black girl.

Being judged on stereotypes that you have no control over is the hardest thing I have had to accept and overcome in my adult years and that is how prejudice turns into inequality and discrimination whether it be in a classroom, the workplace, even your local shops.

This is what we experience in Britain, Institutional racism. It is no better than the blatant racism and prejudice that Ahmaud Arbery, Sandra Bland, Eric Garner, Trayvon Martin, Breonna Taylor went through as Black people.

‘Knowledge is power’. This is what my mum has always said to me my whole life and as a young adult, I definitely agree. It is needed to educate the countless number of people who told my grandmother they want a white nurse to treat them because they didn’t want contact with a black nurse. Education is needed for those who have told my younger sister to ‘go back to her country’, or my boyfriend ‘who matches the description’ and put into handcuffs at the age of fifteen in front of his school mates.

Moving forward, I believe that we should reshape the History curriculum in schools to highlight the positive contributions that all races make to society. It is important to understand the events of the world that makes society the way it is today.

Instead of learning about the Stalins and Hitlers of the world we should educate ourselves on the positive contributions also.

So, when I attended the peaceful protest on Sunday, being able to witness the solidarity amongst all people from African, European, Asian and South American heritage in support of a movement that marched for equality and justice was a beautiful thing. I think what you can take away from this blog are these three words…Knowledge. Equality. Justice.