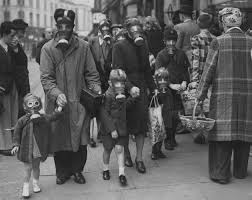 Even a cursory engagement with British history would be enough to remind us that we are a fairly rebellious people when we are told what we should or shouldn’t do. There is a proud tradition of standing up for our ‘rights’ even if, for the most part, those rights are nowhere defined in a written document.

Indeed as my colleague Matthew McCormack wrote in the early days of the lockdown, the peculiar difficulties the incumbent Prime Minister had in asking the British people to obey rules restricting their freedoms have deep historical roots.

As someone born in the early 1960s I have lived through some fairly turbulent political times. I may have been only a child in 1973 when Edward Heath introduced the three-day week and power cuts put our lights out periodically. I was old enough to remember the Winter of Discontent when rubbish piled up in the streets. The failure of Labour’s James Callaghan to keep the county’s public services working probably helped usher in nearly two decades of Conservative rule starting with Mrs Thatcher in 1979.

I was 16 when ‘Maggie’ became Prime Minister for the first time. And her premiership signaled the awakening of my political consciousness. I got involved first with CND (the Campaign for Nuclear Disarmament). I went to meetings, read literature, watched ‘The Wargame’ in a local synagogue, and marched with friends throughout the early 1980s. In October 1983 I was one of over 300,000 that took part in one of the largest demonstrations in history.

On Saturday 31 March 1990 I was working – running a shop in a small Buckinghamshire market town so I wasn’t able to express my anger at the imposition of the Poll Tax by Thatcher’s Conservative government. Several of my mates were though, and, thankfully, none of them were injured or arrested as those protests descended into chaos and running street battles. Arguably the biggest victim of the Poll Tax protests was Maggie herself as a year later (as the police report into the rioting was released) her party began mutterings that would lead to her resignation. The tax was dropped in 1992 in favour of the Council Tax.

In 1994 I was back on the streets of London again, this time to protest the Criminal Justice Bill. The bill (which became law) seemed to aimed at restricting freedoms which the establishment disapproved of (like ‘raves’ and free festivals). But it also removed or altered rights that I believed required defending for more fundamental reasons.

The bill allowed the police to draw inferences from someone’s silence. It also allowed the police more freedom to stop and search, and to undertake intimate body searches. It effectively banned squatting too, and while many might not have a problem with that I was aware (am still aware) that thousands of properties stand empty in London for purely financial reasons while thousands of homeless people sleep rough on the streets. Even more worryingly the bill set out to restrict the rights and means of protest in the future.

So in July 1994 I and 20-50,000 others (the police always estimate lower numbers than the march organizers) took to the capital’s streets. I wasn’t at the October protest, which drew even larger crowds (up to 100,000) and ended in a riot in Hyde Park.

That was the last time I took to the streets to protest about my rights but since 1994 we’ve had protests about the introduction of university fees (2010), cuts to public services, fracking and climate change (most notably with Extinction Rebellion), anti-War protests, anti-Globalization marches (2009), and the Countryside Alliance marches in protest at the perceived threats to their ‘way of life’ posed by banning fox hunting and other country pursuits.

I did get back out on the streets more recently – to protest the visit of Donald Trump and express my wish not to leave the European Union – because both things were/are important to me.

I respect the right of people to peacefully oppose measures they believe will curtail their freedom or adversely affect their lives (or the lives of others).  As a general rule I am wary of increasing the power of government or the police; I am opposed to unnecessary war and to the production and use of weapon of mass destruction.  I oppose the imposition of taxes which disproportionally impact the lives of the poorest rather than the wealthiest. And I oppose any measures which seek to stop people from expressing their opposition by way of peaceful non-violent protest.

So rights matter to me, and I think they should matter to all of us.

Which brings me to last weekend and protests in London and elsewhere by a group calling itself ‘Keep Britain Free’ organized to oppose the mandatory wearing of face masks in shops from today. The head of this organization – Simon Dolan – opposed the lockdown itself. Dolan is an unlikely ‘anarchist’. He is a millionaire entrepreneur who made his money from accountancy and owns a luxury estate in the West Indies.

Opposing the mandatory wearing of masks seems an odd ditch to die in. I can concede that the scientific evidence for mask wearing is not absolute but all the evidence I have seen suggests that if I wear one I am much less likely to pass any infection I have on to anyone else.

I recognize that for some people – those with respiratory conditions for example – wearing a mask might be difficult, and that it presents problems for those that rely on seeing people’s faces to communicate with them (e.g. those with hearing problems who lip read).

But all in all this is a temporary measure that may save lives. Moreover it may help to get the country back to some version of ‘normality’ as it gives people like me (living with someone who is registered as ‘highly vulnerable’) the confidence to go out and contribute to the economy and to see my friends and family. In the second world war the British public got fairly used to the necessary restrictions on their freedoms that were imposed over things like food rationing, curfews, and the wearing of (much more uncomfortable) gas masks.

So, while I support anyone’s rights to protest rules and laws they disagree with so long as they don’t hurt others in the process I really struggle to see the ‘anti-mask’ protestors as credible in the current crisis.

It is a temporary inconvenience, so either wear a mask or shop online folks.