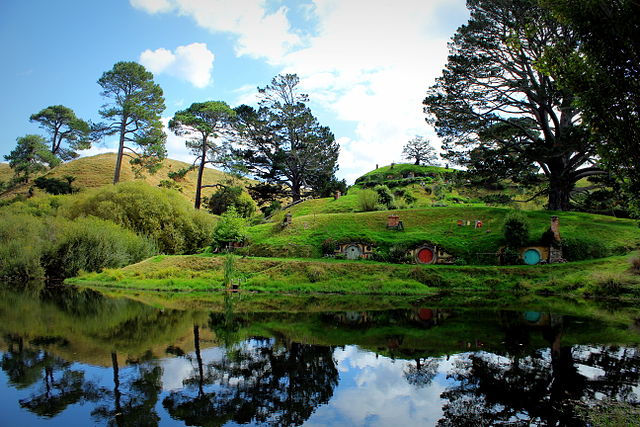 Jim Beach reviews a new history of Britain in the early years of the Second World War.

Occasionally a history book comes along and you’re obliged to point and shout “wow!” Alan Allport’s Britain at Bay is one of those books. It is also very timely. At a moment when our government is wrapping itself in Union flags and prioritising the protection of Churchill’s statue, this book skewers much of the 1940 ‘Finest Hour’ mythology that has become a sacred touchstone for some over the past four years.

Allport anchors his work by highlighting a parallel between JRR Tolkien’s Hobbits in Lord of the Rings and the cosy image of the British Empire as a peace-loving, inward-looking people who were just minding their own business in 1939. Roused reluctantly to defend their liberties, the ‘Shire Folk’ prevail against evil by muddling through. And, let down by unreliable foreign allies, the plucky amateurs of their government and armed forces have to ‘stand alone’ against an all-powerful enemy.

Through chapters that skilfully weave narrative, vignettes, analysis, and counter-factuals, Allport dissects and demolishes this folklore. For example, he shows that in the interwar years there was a country that took the German threat seriously, was prepared to invest consistently in defence, but was usually let down by a commitment-phobic ally. That country was France.

Appeasement is unpacked, Chamberlain’s strategic choices are properly contextualised, particularly the influence of domestic politics, and the Churchill-in-charge-earlier counterfactual is dismissed. Although the abandonment of Czechoslovakia to Nazi aggression in 1938 was subsequently seen as appalling and quietly disowned, Allport shows how it was rationalised as the best policy option, sold to the public, and became wildly popular.

His handling of what might be termed nuts-and-bolts military history is especially good in relation to the campaigns of 1940. This aspect of history is beloved by British men of a certain age; those that used to be called ‘armchair strategists’ but have now migrated to social media.

Allport highlights the paucity of Britain’s commitment to the defence of France and the very small margins by which German victory was achieved. Hitler got lucky, but the outcome could easily have swung the other way if the British had turned up with a proper-sized army and air force.

Especially good are Allport’s linkages to domestic politics during that crisis. Here also is the element of chance. Had Hitler attacked a few days earlier, the Labour Party’s leaders would have had to endorse Chamberlain’s continued premiership. And midsummer 1940 without Churchill in power could have been quite different. But militating against this, one of Allport’s underlying themes is the resilience of Britain’s defence professionals despite interference from the likes of Winston.

One example strikes especially hard. Allport rehabilitates the reputation of Lord Gort, commander of the British army in France. By pushing back against Churchillian attempts to micro-manage the battle, and disobeying direct orders, Allport argues that he ‘saved […] his country from losing the Second World War’. Given current culture ministerial priorities, perhaps Gort’s blue plaque should be upgraded to one of those must-protect statues?

There is, of course, much more in the book, including balanced and nuanced discussions of the Battle of Britain, the Blitz, the early stages of the Battle of the Atlantic, and the underlying imbalance of the relationship with Roosevelt’s United States.

Unlike some military history offerings, the book is also very readable. And for history students wanting a stimulating and entertaining read for a stay-cation this summer, the paperback version comes out in early June. Although if you can afford it, the hardback might be a good investment as this book will almost certainly become a classic within the historiography.

But don’t expect it to change the patriotic folklore. Like those statues, it’s been written in stone. And although it’s OK for pigeons to provide additional shading, since 2016 the country has heard enough from ‘experts’ like Allport.