Since 22 February 2019 Algerians have been protesting in the streets. As usual there has been very little coverage of events in the British, indeed Western, media. This is, however, one of the most impressive pro-democracy movements the world has seen. It was triggered by President Bouteflika’s decision to stand for a fifth term of... END_OF_DOCUMENT_TOKEN_TO_BE_REPLACED

17 October 1961 In Black History month it is worthwhile underscoring how minority histories have often tended to be overlooked, covered up, or subsumed under majority narratives and ‘official’ memory. At the time of the Bataclan terrorist attack in Paris in 2015, for instance, the press and media all lamented what they claimed was the... END_OF_DOCUMENT_TOKEN_TO_BE_REPLACED 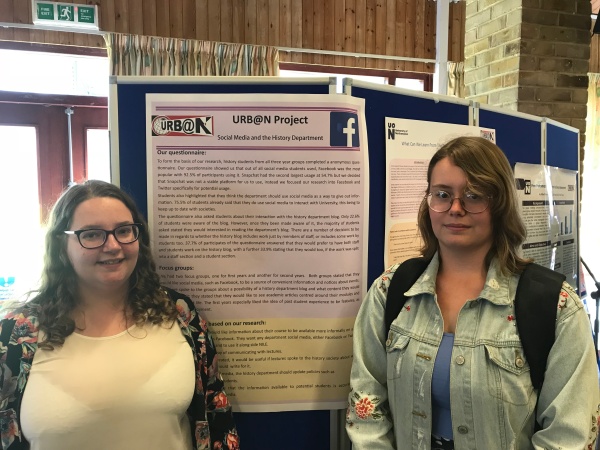 Many of you will know about and/or have participated in the History department’s current URB@N project, which has been focused on online interactions within the department. What we wanted to know was how students related online with History both before coming, and during their period of study. Codi Hart (current 2nd year), and Emma Tyler... END_OF_DOCUMENT_TOKEN_TO_BE_REPLACED

The 100 signatories of an open letter published in Le Monde on 8 January 2018 launched a peculiarly Gallic attack on the #metoo movement, and revived the longstanding antagonism between French and Anglo-Saxon feminisms. In the wake of the Weinstein Affair (and its widespread and continuing repercussions), female  French writers, artists, actresses, journalists, and academics... END_OF_DOCUMENT_TOKEN_TO_BE_REPLACED